Himin Solar Valley is located in Dezhou – approximately 1 hour from Beijing. Total area for Himin Solar Valley encompasses over 3,000,000 square meters.  It has become China’s largest geographic zone for the solar industry. A specific strategic promotion committee with the Mayor as its leader has been established in Dezhou to speed construction of the Solar City and Solar Valley.

Himin provides far-ranging support for solar manufacturing, solar technology R&D and personnel training.  As a result,  the Solar Valley has increasingly become as prestigious and famous as the Silicon Valley of America.

Micro-E Sun-Moon Mansion (abbreviated to Sun-Moon Mansion) is the landmark building of the Solar Valley and in the solar field.  It is the world’s largest solar building – its total area is 75,000 square meters. On September 1st, 2008, the headquarters of Himin Solar Co., Ltd was established there.

Sun-Moon mansion can be used for exhibitions, scientific research, office, conferences, trainings and hotel. It realized the architecture integration with solar hot water providing, heating, cooling, and PV technology. The energy-saving rate is over 70%, and with the addition of solar heating and cooling, the energy-saving rate is up to 88%.  Himin not only improves the solar technology application standards but also develops an abundance of solar series products which intellectual property is owned by Himin.

In September 2010, the 4th ISCC was held in the headquarters of the Himin Solar Valley.  Himin bested larger competitors like the USA, Japan, Italy and other countries, to host the 4th ISCC.

Dedicated to a Profound Social Public Cause

For many years Huang Ming (now through Himin) has lived by the motto: “appreciate nature and contribute to society”.  He has actively taken social responsibility to the corporate level and is devoted to this public cause. Huang Ming adheres to the concept “Industry serves the Earth. Positive concepts rejuvenates each country”.  He was selected as “China Charity Character” by China Charity Federation in July, 2007. Himin donates to schools with poor resources and other disenfranchised groups. In 2006, Himin launched the “solar bathroom project for rural poor resources schools” with Lifeline Express.

Himin is now actively working with partners like Dame DC Cordova to expand to other regions such as North, Central and South America – Himin is always looking for like-minded Social Entrepreneurs that are in alignment with Himin’s vision, values and commitments. 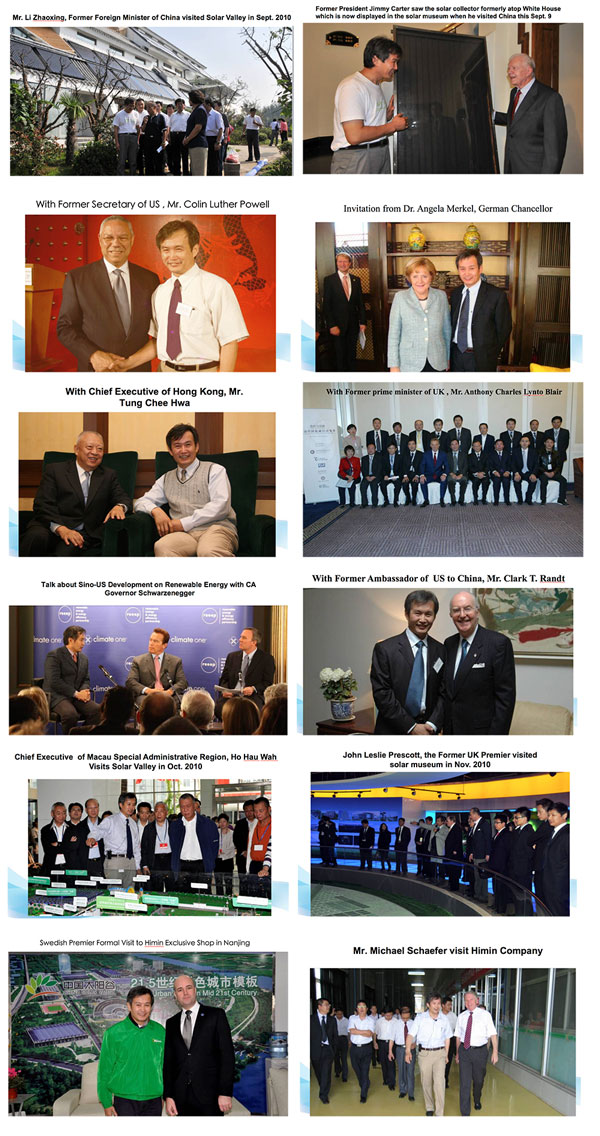